Veteran Appleton fire fighter Bill Schmidt tells the story of standing beside his tender south of Goldendale, and watching in amazement as a fast-moving grass fire advanced across the hillside and then abruptly came to a halt, the flames quickly dying down until there was only gray smoke issuing from the burn. Less than an hour before, he had watched High Prairie FD Lieutenant Will Conley analyzing the fire, wind and terrain as a number of brush rigs assembled around him. Satisfied he knew where the fire was going to go and what it would do, Will directed his crews well ahead of the fire front, where they began to establish a fire line and reinforce it by setting controlled fire along the edge (aka “burning-out”). In a demonstration of Will’s skill and experience, the wildfire ran right to the burn-out, strangled on the lack of fuel and died, leaving only the dirty business of mop-up and extinguishing hot spots. 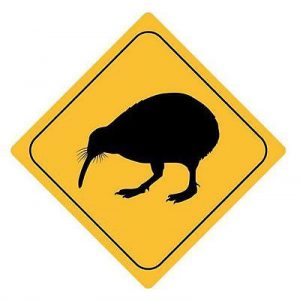 Unfortunately for us, Will’s presence here will be limited for the next few years. He has enrolled in a doctoral program in Fluvial Geomorphology* at Massey University in Palmerston North, New Zealand. Will learned of the program last year while presenting at a professional conference in Christchurch, interviewed, and was offered the position. He’ll be researching how sediment (e.g. from headwater landslides) translates through river systems and contributes to river behaviors that can be problematic for infrastructure. New Zealand is an excellent area for this study because it is very active geologically and there are many human constraints.

But Will hasn’t abandoned us. He plans to return during the (North American) summers to continue work on ongoing river restoration projects in the Klickitat watershed and will be available as a member of our local volunteer firefighting teams while he’s here. According to Will, his biggest Klickitat project involves removing asphalt and a variety of road fill along ten miles of the Klickitat River and its floodplain to restore the river’s access to floodplains and cliffs, and facilitate native vegetation growth. Flood energy then becomes beneficial and re-forms pools, riffles and short runs in place of the long, simple runs that developed while the road channelized the river. Salmon and steelhead benefit from this habitat diversification, particularly from increased juvenile habitats that have become highly limited in the Klickitat River.

Will’s family is with him on this awesome adventure Down Under. Son Declan, four years old, daughter Ada, eight, and his wife, Scotti, have already set up housekeeping near campus and Ada loves her new school. Scotti has a work visa and hopes to land a teaching job.

Will stated they love High Prairie and hated to leave. It is home, and they plan to return in three to four years to once again work locally. Their friends and neighbors will be glad to have them back, and  especially the High Prairie and Lyle firefighters who have worked with Will and recognize his unique abilities. Have a great time, Will, and hurry back!

“Fluvial Geomorphology is a science devoted to understanding rivers, both in their natural setting as well as how they respond to human-induced changes in a watershed. One goal is to predict what changes will occur to a stream channel in response to alterations in watershed conditions; and, in turn, how these changes will impact human infrastructure and fish habitat.”