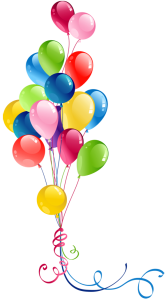 On January 19, 2017, High Prairian Paul Strait celebrated his 100th birthday! How’s that for a milestone! Although a small birthday party was planned, it had to be canceled due to winter weather (and son David’s broken ankle); but people came up when they could to wish him a happy birthday, and friends and neighbors mailed him cards with birthday wishes. Below, David Strait shares a little bit of his dad’s amazing life:

Dad was born in Newberg, Oregon, in January 1917. He had four brothers and one sister. His brothers would often take him along for good luck because they could always count on him to get everyone home. Considering some of the adventures that he took his family on—there were five of us kids, plus Mom—I believe this to be true.

Dad was never big, but anything lacking in size was more than compensated for in agility, speed, cleverness, and personability. His father was a teacher and his mother immigrated from Germany before World War One. They had a small farm and first commuted by horse and wagon. He studied welding, diesel mechanics, and machining after high school. He built several saw mills, and designed machinery for plywood production. I remember watching him build his own ham radio station, telescope, and sailboats. Before starting his own business he had worked for 17 to 19 different outfits.

Coastal Machine Works in Tillamook led to Climax Portable Machine Tools in Newberg, Oregon, that now employs around 150 worldwide. They build all kinds of machine tools that go to work sites instead of residing in a shop. Things like big turbines, submarines, and large equipment are very difficult to disassemble and return to a shop for repairs so Dad, with several clever ideas and hard work, retired a bit earlier than most. He has just in the last several years stopped working every day in his shop. He tells me that his get up and go has departed.

He sold Climax to his son-in-law in the early 70’s; then he built a 32 foot sailboat, which he sailed to British Columbia and to Pitcairn Island in the South Pacific in 1989–1990. He taught himself celestial navigation. This trip was pre-GPS. He returned home without the boat but returned to Pitcairn ten years later to help the islanders celebrate the bicentennial of the burning of the HMS Bounty. For this trip he converted a 26 foot Navy whale boat with an 8 horsepower diesel and a 320 gallon tank. My son Jason went with him and they arrived with 15 gallons to spare.

He and Mom were married 74 years. I have many fond memories of family vacations and time spent with Dad in the machine shop. I’ve only mentioned a few of his many adventures, but if you can catch him awake you might ask for details.