from Sketches of Early High Prairie by Nelia Binford-Fleming 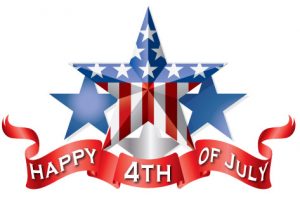 Since we were so isolated on High Prairie, we had to depend upon ourselves for pleasures. There were parties where we played such games as “skip-to-my-loo” and other similar games, for which we furnished the music by singing. It was a keen delight to be swung around and round by some neighbor boy, often being swung entirely off our feet. Sometimes there was singing school, conducted by some traveling teacher, also we had debating teams that met in the school house and discussed such momentous questions, as, “Resolved: that Women Should Not Vote.”

The Fourth of July was a wonderful day. Everyone went to the favorite picnic grounds to spend the day. A platform would be erected on which sat those who took part in the program. Someone read the “Declaration of Independence.” One year my sister Lola was chosen to do this. And did she strut! Of course we sang “The Star Spangled Banner” and other patriotic songs, and as an added attraction, a quartet would sing, with Dick French at the organ.

There would be a liberty wagon. A big farm wagon would be provided, on which a platform had been built. The Goddess of Liberty, who would be some neighborhood miss, chosen by popular vote, would stand, wearing a long white dress and a gold paper crown, and grasping a large United States flag. She would be surrounded by little girls dressed in white, and each having the name of a state in tall letters across her breast.

The wagon would be drawn by four bunting-bedecked horses, with a special guard of four men on horseback, each riding at the head of one of the horses in the team, ready to snatch at a bridle should the team become unruly.

Happy indeed were the girls who were privileged to ride on the Liberty Wagon!

After the program, a real farm picnic dinner was served on a rambling table, under the trees. After dinner there would be races by the boys, and maybe a ball game. All through the dinner hour and the games afterward, ice cream and lemonade were bought at the stands erected by the lads and lasses there.

The Fourth of July was indeed a marvelous day!