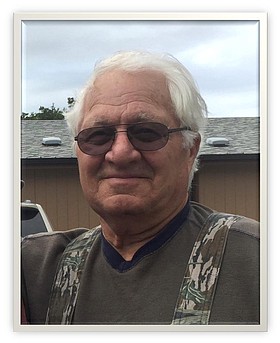 Longtime High Prairie friend and neighbor Earl Kemp passed away unexpectedly June 18, 2017, and was laid to rest on June 27th, 2017, at the Lone Pine Cemetery on Hartland Road. Patriot Guard riders escorted his remains – the flag line they formed was an amazing sight. He was buried with Naval Honors, including folding and presentation of the burial flag, and was honored with a rifle volley by the American Legion. Friends and family came together to pay tribute to Earl: Arlen Alecksen read a scripture passage; Chris Sattem read a tribute written by Tom Doll; a eulogy was given by Doug Troh of Glenwood, WA; and a group of friends, the High Prairie Ukulele Gang, sang Amazing Grace – Susan Sattem, Barbara Parrish, Pat Kent, and Chris Sattem. A memorial lunch was provided by many members of the community including Rocky Schultz, Arlen Aleckson, and many, many other generous neighbors.

A very sincere thank you goes to the High Prairie Volunteer Fire Department and those members who responded to the emergency call on the 18th. Our community would not be the same without them. His wife and family are very grateful for the support the community has shown in this difficult time.

Earl David Kemp was born in Rupert, Idaho, on March 18, 1935. He enlisted in the U.S. Navy on March 20, 1952, and served honorably for 4 years. During his time in service to our country Earl earned the National Defense Service Medal, Korea Service Medal, China Service Medal and the Good Conduct Medal.

Earl was a member of the International Ironworkers, Local 29 Chapter and for almost four decades had a part in constructing many of the buildings in Portland and all over the West Coast, including the Rose Garden and Golden Gate Bridge.

Earl and his late wife, Dorothy (d. Aug. 1, 2010), moved to High Prairie in 2002 and he soon became an integral part of the community. Earl was an avid hunter and fisherman. He continued to weld until the end of his life, and he enjoyed hosting gatherings at his house. On April 1, 2017, he married Carleen Ryon, celebrating a new love late in life. Earl could always be counted on to help out his friends and neighbors with his unyielding generosity and common sense approach to life. Earl’s family, friends and community have lost a unique man and he will be remembered fondly.